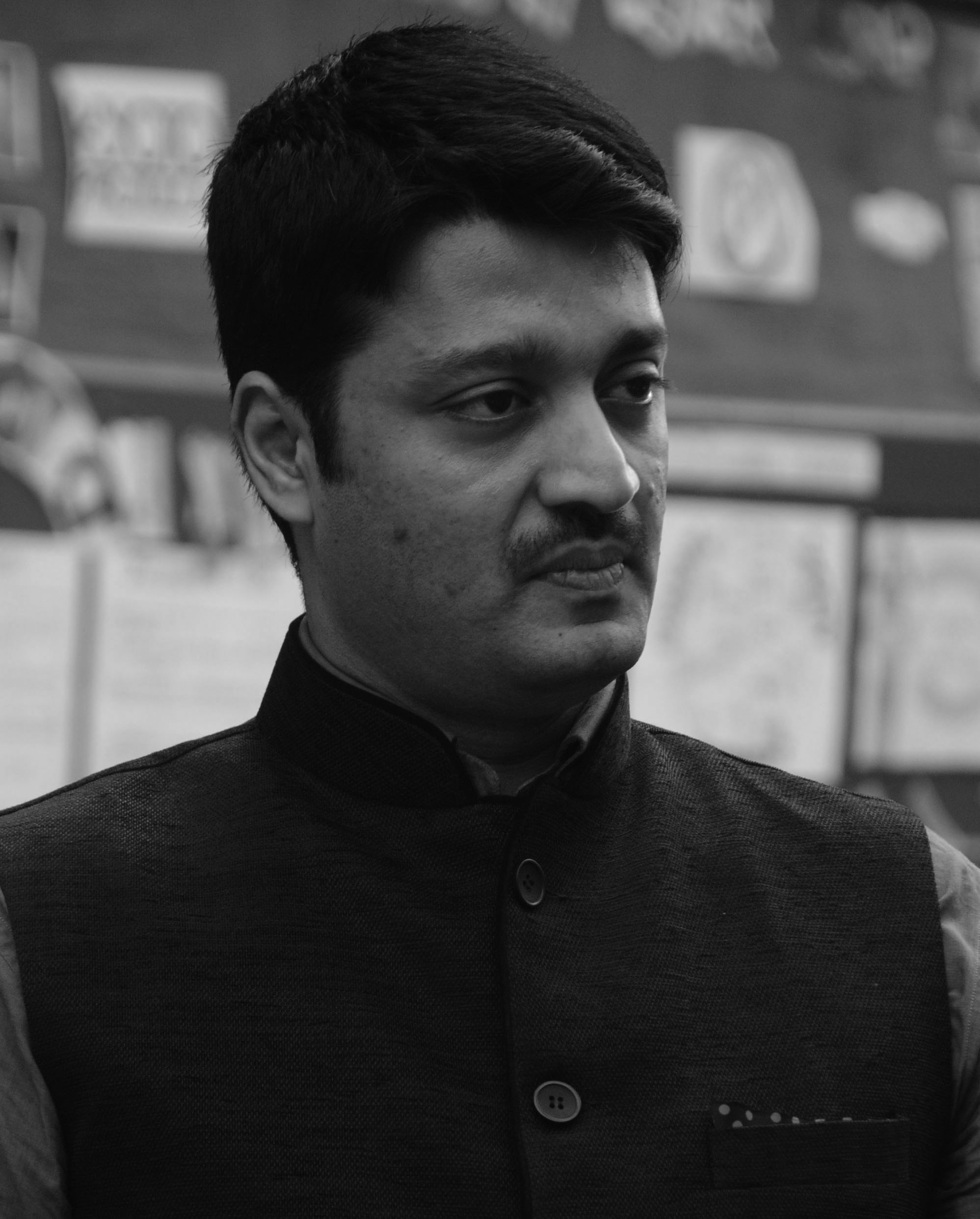 Founder and Chairman of Pioneers Nation

Dr. Ajay Prabhakar is a Researcher, Author, Educationist, Africanist, Philanthropist and a Child and Woman rights activist. He has been in the forefront of many activities and projects for the welfare of the children, a notable one of them being the "Education for every child" project. He is the author of 6 books, The Lost testaments of the Ancestors of Adam, The Gram Code of African Adam: Stone Books and Cave Libraries (Reconstructing 450,000 Years of Africa's Lost Civilizations), foreword of which was written by the former President of Nigeria,General Ibrahim Badamasi Babangida, They Lived before Adam, the research book which is being used as a textbook in many universities in the USA and UK, the Windows XP and Productivity Programs, the Microsoft Handbook which is being used in secondary schools and universities in Nigeria and for rural community development programs in Africa, Impressions, a UN handbook and manual for Research, Research procedures, Research case studies and A Different path, an almanac for the implementation and monitoring of Millennium Development large scale Projects and Case studies. Apart from being the Author of white papers, manuals and research books, he also has about 68 publications of United Nations and other organizations to his credit.

Prince Ajay Prabhakar is also the spearhead of a Non-Government Organization for children and has partnered with various international organizations for child rights advocacy. He has also participated in the restoration and the sensitization of the "African Culture" in various parts of Africa collaborating with Global organizations like the Pan Africa Movement. He has travelled the entire range of East Africa, including countries like Kampala, Kenya, DR of Congo, Rwanda, Tanzania apart from countries in West Africa including Nigeria, Egypt and Benin Republic doing projects both in the private sector and the government sector, some of which are classified.

During his research in Europe, he has also worked with Qua Brainly Museum in Paris and other reputable museums and universities in London, Amsterdam, Brussels and Germany. He has also been working closely with several universities in the United States of America, notably the Howard University and the John Jay College.

Ambassador Ajay Prabhakar was until recently the Country Programs Coordinator for the UN Convention to Combat Desertification, headquartered at the UN Building, Bonn, Germany. He handles and consults several projects for the United Nations for the achievement of the Sustainable Development Goals in Africa, USA and the Far East.
He also heads the CARC team of Researchers, Linguists, Anthropologists, Historians, IT specialists, Folklorists, Oral tradition experts who are conducting research. An addition to his International titles is the conferment of the Universal Peace Ambassadorial title (2009) by the Universal Peace Federation and the International Book Awards (Non Fiction) in 2010.
He has been working with the Nigerian Presidency through the Para statal of Arts and Culture under the Senior Special Adviser to the President of the Federal Republic of Nigeria and various other capacities. Justifying the outstanding contributions of this extraordinary intellectual, he has been conferred the role of the "Ambassador of the African Renaissance" by the Pan African group and also been conferred an Ambassadorial title by the Presidency of the Federal Republic of Nigeria.

Words of praise from world leaders, for the research which is the cornerstone of the Pioneers Nation modules 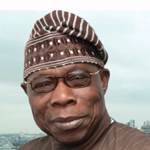 World Leader and Former President of the Federal Republic of Nigeria

Dr. Ajay Prabhakar and his research team have demonstrated what heights can be achieved by mankind through intercontinental cooperation in research, beyond the boundaries of Race, Gender and Creed. Therefore, I have no hesitation in recommending his work as a pioneering Handbook for World Renaissance, for the world has need of a new vision and a new cultural paradigm. 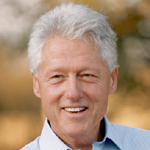 It was a very warm welcome I received when I arrived and am grateful to the research team (headed by Dr. Ajay Prabhakar) for it .... Thank you for the inscribed copies of the books received ... I intend to work hard on the issues that are important to Africa and the world.... 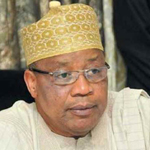 World Leader, Former President and Commander in Chief of the Federal Republic of Nigeria

The discoveries made by the team led by Dr. Ajay Prabhakar would be recorded in the annals of history as monumental and humanity would always be grateful to this wonderful team. With this rigorous research, the scholar and his team deserves our credit and encouragement for the bold strides they have made, for the painstaking effort and attention to detail and for pioneering a new definition to the dynamics of scholarship in the world 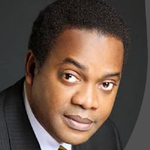 I write on the behalf of the Government and the people of my state to congratulate you (Dr. Ajay Prabhakar and his team) for the meticulous research work and the audacious and revealing statements published in your research book. We are indeed encouraged and truly hope that you can unearth more of history in the future. Wish you all the best for the pioneering work and may the almighty crown your efforts with greater successes. 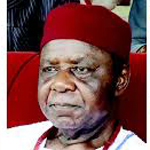 I would like to commend the path breaking research undertaken by you (Dr. Ajay Prabhakar) and your team for its dedicated and consistent efforts in research towards building a great nation and a greater Africa. You have done us all proud and we wish you more success and discoveries in your projects. 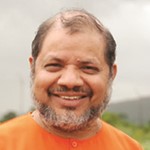 Recipient of the Padmabhushan Award and Former Head - Chinmaya Mission

Work shows worth. A brilliant creation (projects done) from a genius mind. 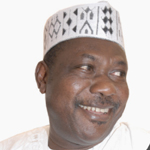 Youth Empowerment is essential and cannot be ignored , for the youth of today are the future of this world. Dr. Prabhakar and his team have been instrumental in creating a series of innovative training programmes which are helping the youth, to make productive their time and find employment which will not only benefit them but also the economy. We wish him all the best.

The research work carried out by the team led by Dr. Ajay Prabhakar and Professor Acholonu is simply exceptional and takes the implementation of disciplined, challenging, educational research projects and methodologies to a whole new level…. is an outstanding accomplishment …. I am proud to present the evidence informed work to the international media and the academic world in general. 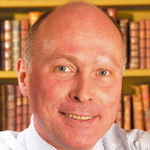 I wish to congratulate Dr. Ajay Prabhakar, Professor Acholonu and the entire research team for the study conducted on the linguistic evidence of the Ancient African Artifacts and its prolongation into a second stage, its theme of shared values and intercultarism among the ancients and among civilizations.

Our research is honored with the following awards

Become part of the Pioneers Nation Value network and discover the satisfaction and rewards that come from running your own business while helping shape the young minds that will become our next generation of leaders and domain experts. Pioneers Nation Value network opportunities exist across the world and offer you a real competitive advantage with world class business support systems.

You and Our team can alter the course of humanity.
So what are you waiting for?
Join the future building team today …

Pioneers Nation provides a comprehensive range of programs which include framework, content and tools to create and enhance every educational organization's resource base. Welcome to the Evolution of Education !!! Welcome to a unique educational ecosystem, first of its kind in the world, designed by global educational experts, Curriculum Connoisseurs, Scribes and psychologists for the overall development of an individual.

Drop us a line

Pioneers Nation is looking out for Creative, Zestful, Confident, Dynamic and Exuberant individuals. The ideal candidate would have a Masters/ Bachelor's degree. Good Diction and Usage of the English language. Experience is valuable but freshers are also welcome. Interested candidates could mail their CV to hello@pioneersnation.com .